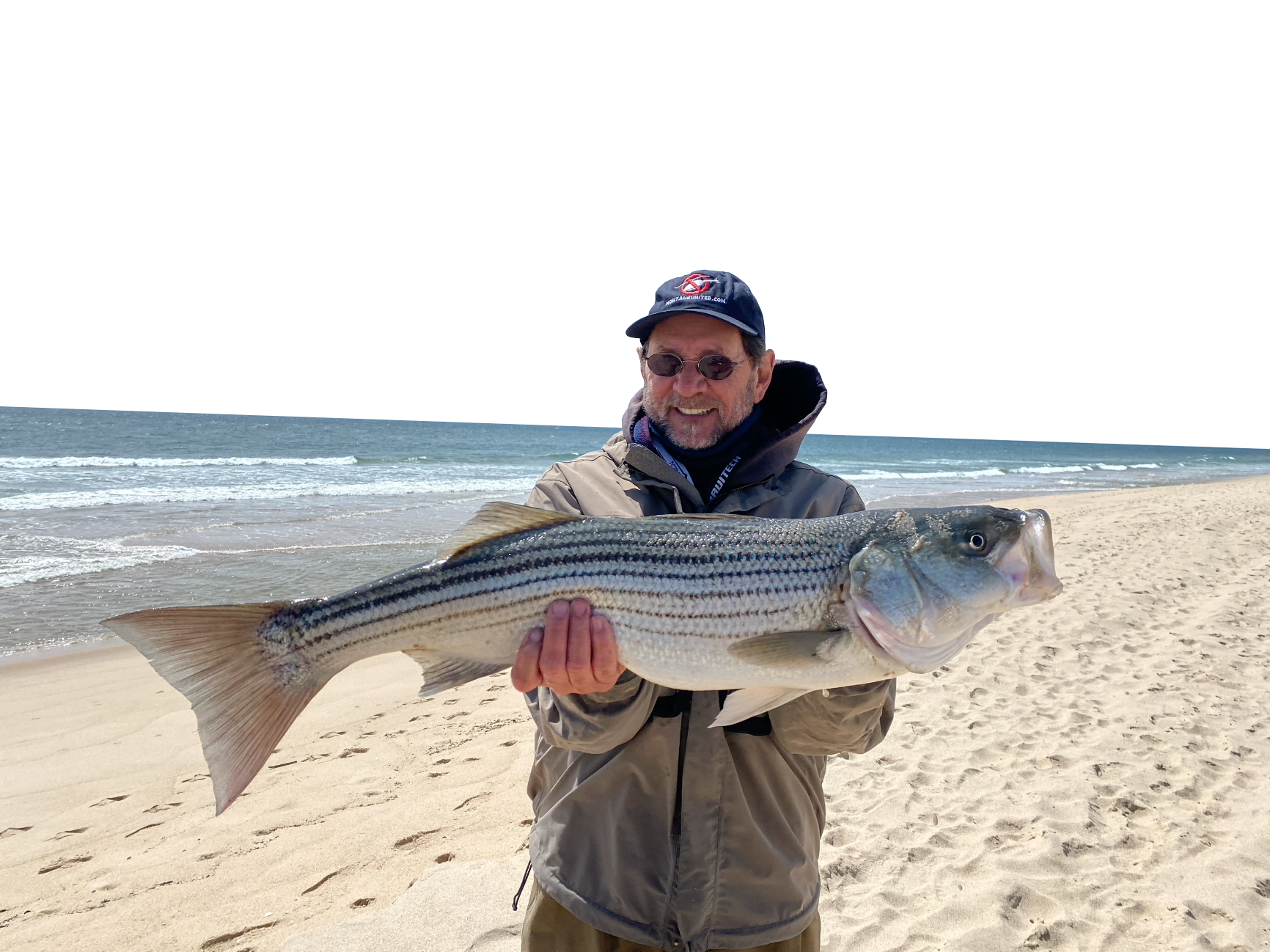 Montauk Fishing On Fire in 2022 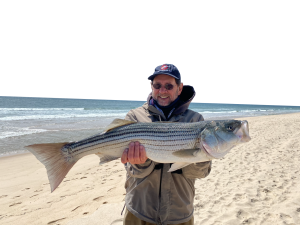 2022 is shaping up to be gangbusters for Montauk fishermen! Along with a steadily expanding near-shore bluefin tuna fishery and the outstanding bottom fishing for delicious porgies, fluke and black sea bass we have enjoyed for the last decade or so, this should also be a banner year for striped bass fishermen.

There are always a lot of striped bass in Montauk and there is no better place to catch a trophy striper for your photo collection. But with the “slot limit” in place in NY and other states, catching a trophy does not always mean bringing home dinner. In the last few years, bringing home a striper from that slot sweet spot — between 28 and 35 inches — has been a bit harder than it used to be when a “keeper” just had to be over a minimum size.

Part of the problem has been due to some long stretches of very poor spawning returns in the striped bass population that have caused big gaps in the sizes of fish being caught. For several years now there have been lots of very big fish, while in the last few years there has also arisen a surge of small fish. Good news for the future, but not helpful to the frying pan.

This year, 2022, however, there are three relatively large spawning year-classes of striped bass that should be growing into “keeper” size in significant numbers – meaning it should be easier than ever to bring home impressive fish from Montauk’s fertile waters.

The harbor’s many charter boats are, of course, the most reliable way to put some stripes on ice on any given day. But, of course, stripers are also the prized target for shore-based fishermen. There are few things more rewarding in the sporting world than catching your family’s dinner from the suds of Montauk’s surf breaks.

While the “fall run” is what has made Montauk famous as the “Surfcasting Capital of the World,” stripers are actually in the surf here from mid-April straight through the summer and can be caught fairly reliably with a bit of diligence – and the sacrifice of some sleep.

Stripers start roaming our shores in early spring – this year, the fishing turned on about the second week of April – but the real push of fish into Montauk waters usually comes well after the Memorial Day holiday.

“It’s a well-worn adage that sunrise and sunset are…”

There is typically a week or so in June when the truly trophy stripers are moving into the area along the ocean and can present some opportunities to surf fishermen for spectacular catches for those in the right place at the right time. Sometimes the big push is mid-month and sometimes it’s not until nearly the July 4th holiday, but certainly stalking the usual haunts is worthwhile well before Father’s Day weekend.

When they are first arriving in our waters, usually hot on the heels of big schools of bunker (something to keep an eye out for from the beach as a good indicator of where to start), the fish can be found during daylight hours, especially if there’s a little easterly breeze blowing.

As late spring becomes summer and the days and nights get warmer, however, the fish will get much more sensitive to daylight.

It’s a well-worn adage that sunrise and sunset are the best times to fish. This is doubly true for surfcasting, with one caveat being that it’s not actually sunrise and sunset, but well before sunrise and well after sunset when you are most likely to draw a strike from a striper in the ocean surf.

And, truth be told, the morning hours are the far superior time. Striped bass in summer are primarily nocturnal, but if fishing the surf at night is not your bag then the hour and a half or so from when you can first reliably see without a flashlight until the sun has gotten above the horizon are by far your best bet. Fair warning: this is very early. Sunrise in June and July is right around 5:20 a.m., which means it’s getting light out by 4:45 and the fishing has often slowed down already by 6 a.m. So, set your alarm and plan on taking a mid-morning nap at the beach.

Wherever or whenever you go on the hunt for stripers – especially if it’s on a charter boat, where you are likely to catch all the fish you can stand – please be realistic about how much fresh fish meat you can truly use.

If you’re here for just a short visit, are you going to eat fish more than once? How much space do you have in the fridge? Our hotel owners can tell you about the fish that is left behind in their refrigerators, or in garbage cans. Striped bass are not infinite and are actually in a down-cycle, so we cannot afford to have fish going to waste. Our kids should be able to catch some, too.

“We cannot afford to have fish going to waste.”

If you are on a charter boat, please tell the captain and mate what your needs are. They will be happy to put the fish you will eat on ice and help you capture photos of the ones you won’t, then send them back to the sea to bite again the next time you visit the End. Catch ‘em up!

MIKE WRIGHT is a writer and fisherman who grew up in Southampton. You can find is bi-weekly column “In The Field” in the East Hampton Press or at 27east.com. He fishes from the beaches of Montauk every chance he can get. Mike changes vehicles frequently to confuse legions of trainspotting anglers who would otherwise follow him, shamelessly, to fishing hot spots throughout the year.