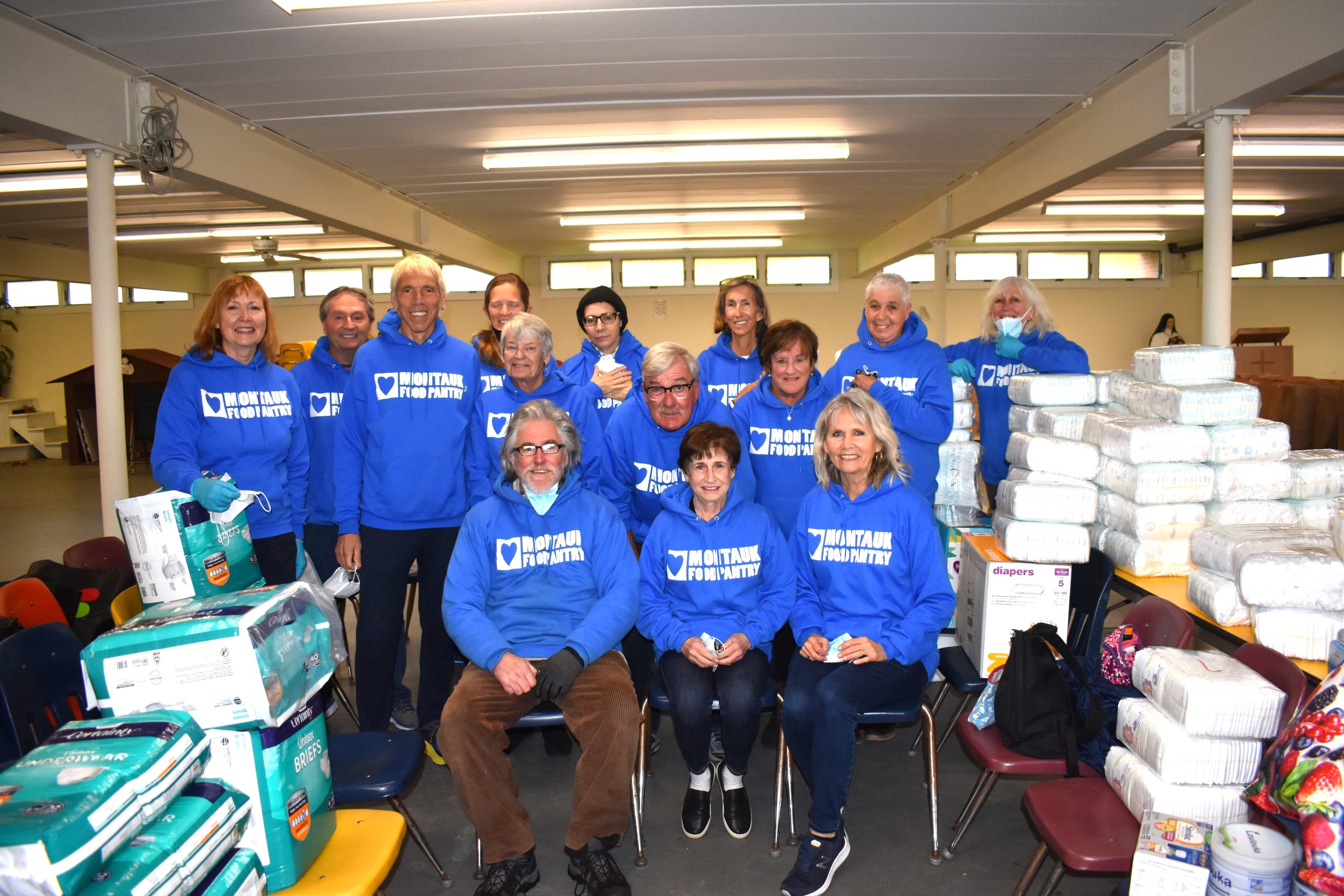 It Takes a Village

Mesmerizing, serene Montauk, humble in its limitless appeal mere hours from NYC, has always lured visitors and well-heeled homebuyers from all corners of the globe. The Covid outbreak, perhaps unexpectedly, kicked that phenomenon up another notch.

It brought more full-time residents to the End as vacation homeowners hunkered down with remote work arrangements and looky loos finally jumped off the fence to buy dream homes away from larger population centers. Commensurately, ever-growing staffing needs of local businesses abruptly plummeted, forcing many workers dependent on Montauk’s vibrant tourism industry to seek out stop-gap measures to make ends meet. Enter the Montauk Food Pantry (MFP), which was established over 30 years ago by two prominent local educators, Fran Ecker and Ines Fox, to help provide lunches for families with kids in the Montauk School.

Over 30+ years, the pantry has grown to serve a legendary community that would make Carl Fisher proud (google him!). Montauk is a place where surfers, fishermen, hikers, bikers, boaters, and the rich and famous co-exist anonymously with countless weekenders and day trippers, all at peace in the knowledge that they have discovered their promised land. But none of this is cheap, well… not anymore. It’s, uh, expensive to live in Montauk, where a million dollars gets you, well, not much.

“…a million dollars gets you, well, not much.”

So, if you consider Montauk’s limited and fabulously expensive housing (to rent or buy), high-priced basics like gasoline, food and utilities, a growing service sector needed to meet surging demand, and an explosion of seasonal workers every summer — Covid years notwithstanding, then you can appreciate how valuable this well-run, local organization can be in serving a stretched local community.

The MFP, which today dispenses not just food, but essentials like diapers and formula, to hundreds of local families year-round, is well run, structured, and professional, living up to the adage “It takes a village” offered by Alice Houseknecht in a recent interview conducted while food was being packed. As a long-time resident with a penchant for helping others in need, Alice has overseen the operation as far back as 2010 when she served as its president and more recently as its director. Under her guidance, the pantry’s crew has grown to some 30 dedicated volunteers that unload, stock, package, and disburse all items.

Befitting Montauk’s locale, nearly all the pantry’s fresh food is locally sourced, ranging from large operations like Share the Harvest Farm in East Hampton to a blessed little plot of land at the Montauk Community Garden. Individuals have also stepped up to provide much-needed items that might otherwise be elusive. Maureen Cahill regularly purchases and delivers fresh eggs from a farm on Shelter Island. And Stephen Robinson, the owner of Hamptons Sourdough, donates and delivers fresh rolls on distribution days, which are typically twice a month. Even Jon Bon Jovi has pitched in, supplying the pantry with pallets of non-perishable food throughout the summer of 2020 when it was difficult to procure such items due to shortages at many stores.

Funding for the pantry comes from Long Island Cares – The Harry Chapin Food Bank, plus multiple sources around the east end and private donations, but the need is ongoing. Food drives have also been sponsored by the Montauk School, the Montauk Girl Scouts and others. Last autumn, I personally had the opportunity to cheer on hundreds participating in a local run/walk fundraiser sponsored by The Dock, while none other than Peter Ciaccia, former president of the New York Road Runners and race director of the NYC Marathon, put his skills to work by organizing a “Virtual 5K” event that raised some $12K for the pantry. Now that’s getting creative!

DAVE DAVIS teaches preschool for the Head Start program based at the Children’s Museum of the East End in Bridgehampton, NY. He is also a columnist for the East End Beacon, and a frequent contributor to the popular children’s podcast, Who Smarted?