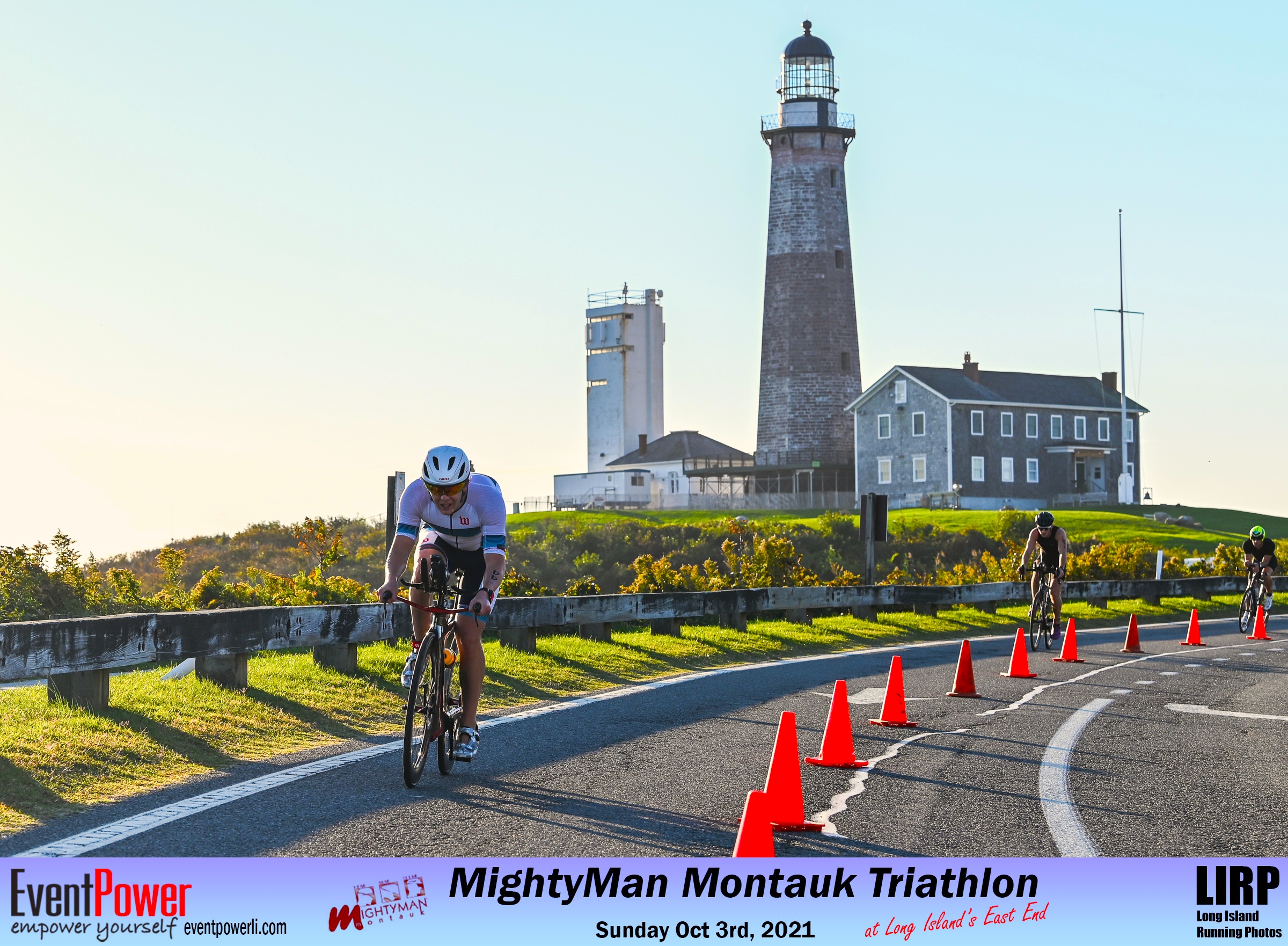 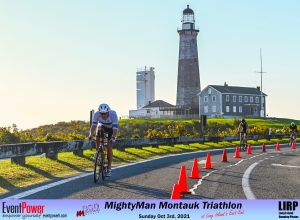 Here’s another morsel of Montauk swagger…it’s one of the birthplaces of what was to become an Olympic sport, the Triathlon. Specifically, the two places where Triathlon originated are Kona Hawaii, for Iron Man, and the east end of Long Island for Olympic distance races. Every other race and race series in the world is based after these two places! Few people in Montauk or the east end ever knew this, at least until now.

I witnessed this crazy new area of sport spawn almost simultaneously with mountain biking. It originally evolved in Hawaii from a barroom challenge as to which athlete was the toughest – the swimmer, the cyclist, or the runner.

Using the logic of extreme one-upmanship that only beer can produce, it was decided to combine all three of the toughest events the island had to offer, yielding a 2.4-mile swim, 112-mile ride around the island, and then a 26.2-mile run to see who was the roughest, toughest of them all. I don’t think anyone was really satisfied with the results because we’ve enjoyed countless rematches that have spilled over to the mainland, the world, and then the Olympics.

In 1982, the Mighty Hamptons triathlon in Sag Harbor was started by Ray Charron. That race would be the precursor to the seminal Mighty Montauk Triathlon that was started shortly thereafter by Montauk’s own Bob Aron, who tragically died of pancreatic cancer in 2002. The race, still a classic must-do, is currently run by Bob’s wife, Merle McDonald-Aaron, in Bob’s memory.

Bob made this race special with his own flair for fun amidst the pain. He always introduced little tweaks to keep racers guessing. Like…how long is the swim?… or what do you do when you’re trying to figure your run pace and you come upon a sign that says Mile 3+? I think Bob had so much fun keeping us all guessing that he sometimes comes back in spirit to continue his fun with the athletes. One time in 2006 we saw so much rain that it washed away some of the course markers, leaving a few key racers to run astray.

The Mighty Montauk Triathlon has historically been the season opener for the Northeast, including veteran runners and newcomers. It starts in water that is just beginning to feel the late spring sun, then emerges onto land into a hilly, rolling bike course that takes you around Lake Montauk and out to the point for a not-so-flat ride, culminating on a 10K run with a flat 1.5 mile beginning, followed by nothing but hills for the remainder.  It is a very diverse race with an elite field of northeast top age groupers slugging it out in the front, followed by the rest of the mortal beings.

I have had the good fortune to be at every edition of the Mighty Montauk Triathlon and have competed in all but a few. Bob hired me to provide the sound system at the first running and within a few years, I graduated from spectator to competitor. Since then I have competed in a few. I first thought it was a monumental undertaking until I did my first one and realized that it was just plain fun. The triathlon to me is a celebration of life, or maybe I just like beating my head against the wall cause if feels good when I stop.

I must say…of all the races I have done over the years, the Mighty Montauk will always be the most special. Its history, the faces I see year after year, and the feeling of family that Bob created — and Merle has preserved — make it fitting that this is one of the founding races of the sport.

Anyway, triathlon in Montauk had its second incarnation in 1995 when Dan Kulchinsky and Jose Lopez teamed up to start the Lighthouse Sprint Triathlon, still a very popular first-timer event. This is a point-to-point race, meaning that it has two transitions areas. The swim to the bike transition area is at Gin Beach and the second bike/run is at the lighthouse. This is a great first-time race with arguably the sport’s most breathtaking finish as you cross the line at the top of the hill next to the lighthouse itself.

In 1996, Dan and Jose organized Montauk’s first half distance race. That’s a 1.4-mile swim, 56-mile bike, and 13-mile run. Upon learning that it was just a one-year affair, I fantasized with my friend Steve Tarpinian about making that distance work again. One issue was that the original staging area was problematic, but after the town built the soccer field next to Fort Pond, we knew we had a venue.

So, eight years later, in 2004, we put on the first running of the MightyMan Montauk Half Iron Triathlon. Triathlete Magazine (the US mag for Tri-Geeks) heard the buzz and came to investigate, calling it a must-do race and putting it in their shortlist of must-do events. They even did a listing of what they considered to be the ten best triathlon cities in the US with a headline “From Kona to Montauk”.

Of course, you don’t need to be a Gear-Head, Mud-Stud, or Tri-Geek to enjoy what Montauk has to offer. Jaunts out to the Point or the dock area are easy for the whole family and both have points of interest at their respective halfway points. Either trip takes about two hours with stops for a snack at Gosman’s or the lighthouse café. Except for the village itself, almost all of Montauk’s roads are sparsely trafficked. So get out there to ride, bike, and swim the end! 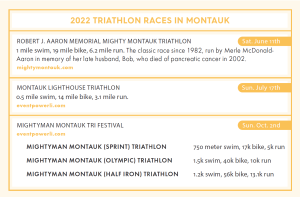 CHRIS PFUND is a consummate business man with deep roots in Montauk. He once ran a local hardware store, which he turned into Montauk’s only bike shop for 31 years, and today concentrates on professional live sound reinforcement throughout the Hamptons and tri-state area through his company, Quantum Sound Systems, which he has run for 30 years. He stays in shape with daily trail rides on his bike and annual triathlon entries.