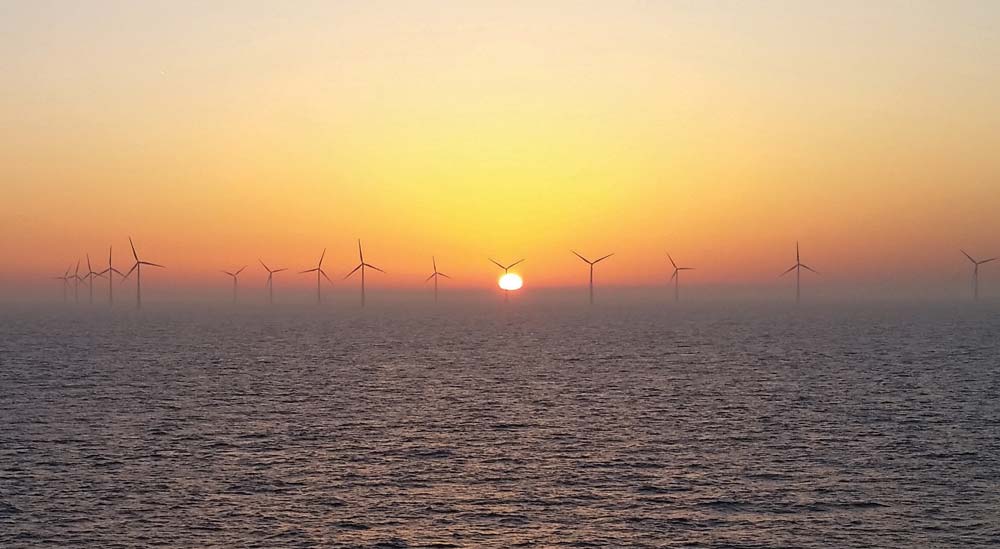 Thar She Blows, Off Montauk

Deepwater Wind, the company that recently installed five wind turbines off the coast of Block Island, is now
planning a project, dubbed the South Fork Wind Farm, consisting of 12-15 towers set thirty miles off the southeast coast of Montauk. No, they won’t be visible from land. The idea is to start selling power to PSEG via a massive underground cable running from the turbines to land sometime after 2020. Construction has not started, but the plans have set Montauk abuzz.

What’s going on? Generating power from wind turbines is straightforward. The wind turns three propeller blades at the top of the turbine. Inside the main turbine shaft, some 600 feet tall, there is a generator that creates electricity from the spinning propellers. The electricity is then transferred by cable from the turbines to land where it is distributed into the power grid.

Indeed, wind turbines are widely used around the world today, but constructing them at sea does raise environmental concerns. First, to secure the turbine into the bedrock 1,000 feet below the sea bed, blasting and drilling needs to occur. According to Ecologist and local environmentalist Larry Penny, the blasting will kick up particles of clay and other materials, disturbing the natural habitat and migration of various species of marine life. Laying 30 miles of cable to Wainscott or Napeague, two likely entry points on land, will also disrupt the sea bed, disturbing bottom feeders such as sea scallops.

The plans are stirring emotions locally. While many, well, probably all, want cheaper/renewable sources of energy, which both Deepwater Wind and PSEG claim will stem from the farm, commercial fisherman are concerned that the turbines may disturb fish migratory patterns, be a navigational nuisance, and potentially reduce catches.

This project will be the country’s first large-scale offshore wind farm and it appears to be in train. But with construction a way’s off, wind energy advocates, environmentalists, conservationists, and fishermen still have time to be heard. Stay tuned.