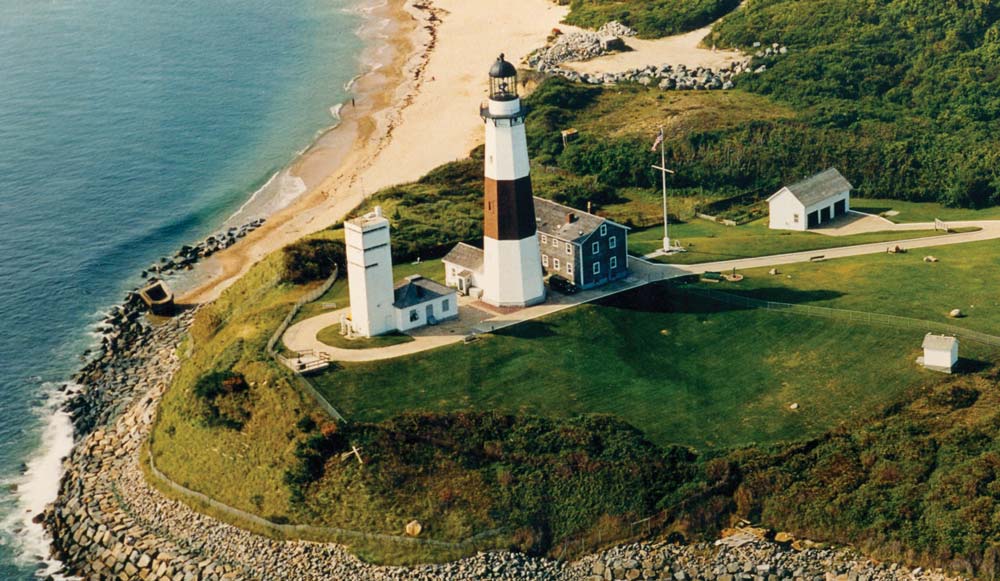 Just in time for Earth Day 2017, plans are now in the works to further stabilize the revetment along the cliffs of the Montauk Lighthouse. This National Historic Landmark received a state and federal appropriation of $18 million around 2012-2013, after Hurricane Sandy, as part of a total $60 billion given to the Northeast Corridor. 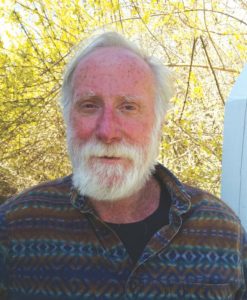 Greg Donohue, Lighthouse Director of Erosion Control, insisted that the existing revetment have a walkway, as will the new version.

Greg Donohue, Director of Erosion Control at the Montauk Lighthouse, said that over the decades, Montauk Point has gone through numerous environmental projects to save the lighthouse and its bluffs, which take beatings constantly from the rough surf. On Earth Day 1970, Giorgina Reid started her famous terracing project, which she later patented, to save the lighthouse. Reid, of Rocky Point, also published her book, “How to Hold Up a Bank,” explaining her method of terracing the land in sort of steps, going up the bluffs.

Since then a rock revetment was also added to protect against wave attack, and the lighthouse bluffs were, luckily, able to withstand Hurricane Sandy. But now, they need further and continued protection and stabilization.

“The lighthouse bluffs were never engineered from bottom to top, and they need bolstering for the future,” said Donohue. “It was after Sandy that we qualified for funds to further shore up the lighthouse, for the protection of Montauk Point,” he said.

The erosion control project at Montauk Point needs to be engineered from bottom to top. It requires a different design concept that will provide a suitable foundation to enhance the coastal protection. Some of the improvements include the proper slope angles, needed to defend against the North Atlantic. Recreational access for fishermen and pedestrians will be a feature of the new engineered plan.

Donohue said the lighthouse is up for such an improvement because it is one of only 2,500 National Historic Landmarks in the country, 250 in the state, and only three in East Hampton Town. The others in the town are the Jackson Pollack House and the Thomas Moran House.
He said the best thing that ever happened to the lighthouse was that the Montauk Historical Society (montaukhistoricalsociety.org) took over ownership of it in 1997, because the federal government (U.S. Coast Guard) could not fund it. Their mission is search and rescue, rather than historical preservation. Back in 1967, they had wanted to close the lighthouse down, for lack of funding.

That’s when Giorgina Reid petitioned the U.S. Coast Guard, with the support of Dan’s Papers, which published stories about it, to keep it open. They also held a “Light-In” at the Montauk Point Lighthouse parking lot, where a thousand pin pricks of light shone in protest of the potential closing of the lighthouse.

Now, decades later, the federal and state government will soon be buying rocks and boulders for this new revetment project. Donohue will oversee the work for the Montauk Historical Society. He expects work to start within the year.
“The opportunity for recreation will improve the Montauk State Park to such a degree it’s incredible,” he said. “Each year, thousands of people come here from all over the world.” 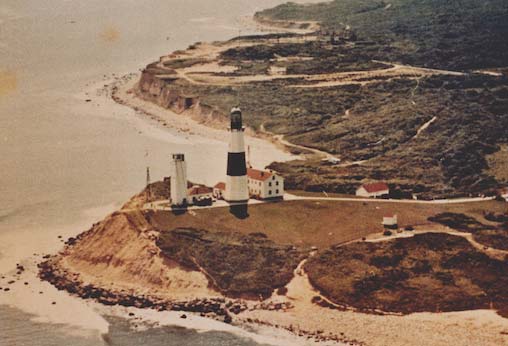 The Montauk Lighthouse was commissioned by President George Washington in 1792 and constructed in 1796. Last year, 105,000 visitors toured the lighthouse museum and gift shop.

“There is tremendous equity in this lighthouse project since Giorgina Reid started the terracing, and since the Montauk Historical Society took over the operation of the lighthouse, and we need to pursue it to keep it going,” said Donohue. “This way, we can keep our lighthouse here for generations to come.”
Johnson Nordlinger, Director and Site Manager of the Montauk Lighthouse, agreed. “It’s exciting to be part of a project that will ensure this lighthouse will be here for our grandchildren and great grandchildren,” she said.