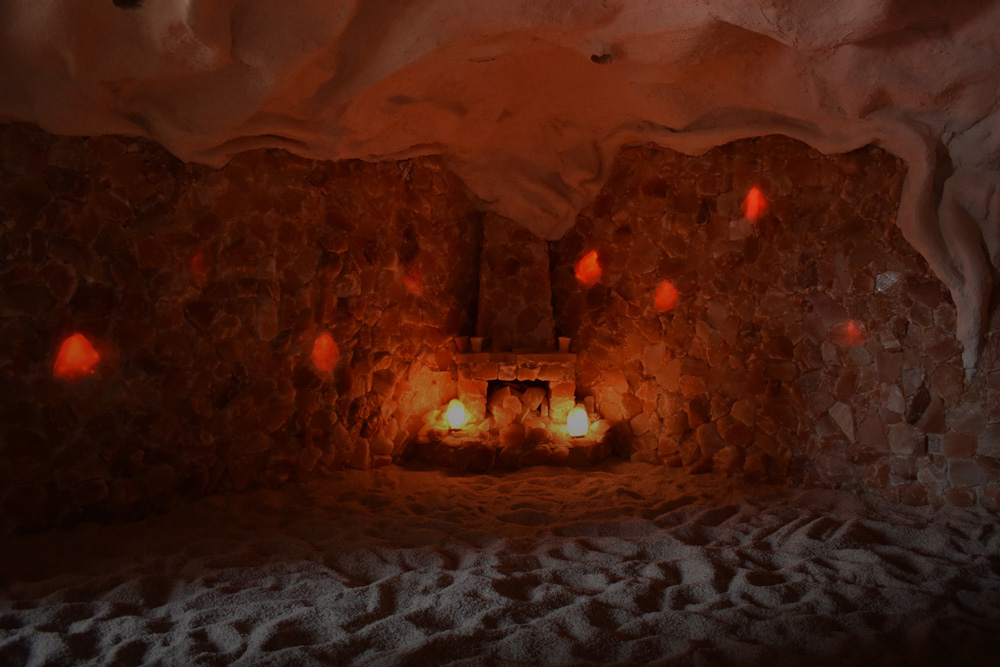 Here we lie on ergonomic lounge chairs, covered in soft red blankets, taking deep breaths of the world’s purest healing salt in the Montauk Salt Cave. In this dark, serene space we can only see a soft orange and red glow on the walls emanating from the salt lamps around us. Overhead, in a roof made of 8 tons of salt from the Himalayan Mountains of Pakistan, are hundreds of tiny shining white lights that look like stars twinkling in the night sky. 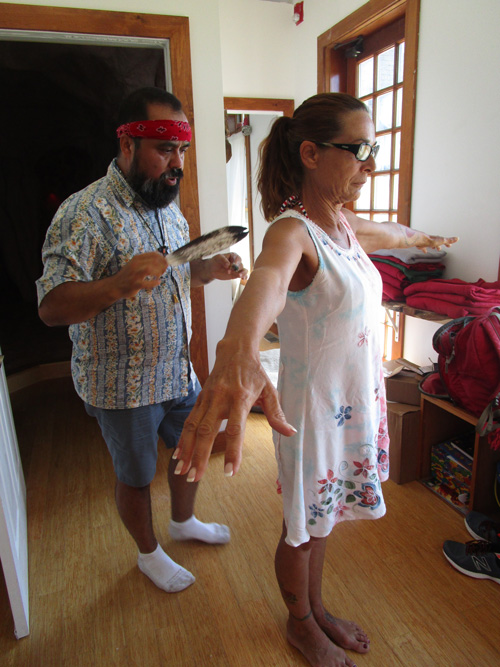 Manhattan and Huntington can now Breathe the Air

There are six women taking this therapeutic salt treatment from different places around Long Island. Their group had come down for the day to relax and unwind before hitting the beach. As I immersed my bare toes in the salt crystals on the floor of this cave, my mind wandered away from the usual stresses and I felt like I was floating. Mellow music played in the background.

Today we were in for a special treat, as Reiki Master healer Rodrigo Apiolaza, of Chile, was here to help clear and balance our energy fields. Standing in the darkened cave, he first led us in a guided meditation, telling us to “picture your body surrounded by a blue light…. see a crystal, and picture yourself going into it…” After the meditation, he came to each person individually and ran his hands over their energy field, clearing away blocks and stress. Sometimes he sprinkled a little salt over us as he waved his arms.

Later, he explained that he tries to clear the “chakras” of the body, which are associated with different parts of our anatomy, and which hold in blocks and negative patterns that can limit us in our growth. He tries to free up the energy of the body, mind and spirit.

Throughout our 45-minute session in the salt cave, I noticed that I gradually felt lighter and much more relaxed, even centered. And it was 10:30 in the morning when I’m usually stressed beyond words. I am not a morning person. And while I don’t have breathing problems, thus no acute frame of reference…the air felt fresh and easy to take in, as though my lungs were tuned up.

Shannon Coppola, the owner of the now-famous Montauk Salt Cave, explained to us beforehand that salt therapy is a natural way to heal many different health issues, primarily asthma, allergies, cystic fibrosis, and COPD. It is also helpful for people suffering from sinusitis, colds, and influenza. The salt can also be a remedy for skin conditions, Lyme disease, migraines, and arthritis, along with digestive disorders. And it’s also a great way to relax and meditate, something I always need. 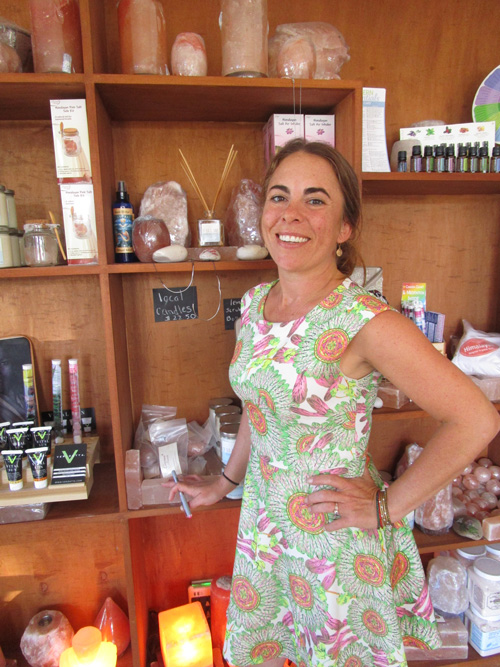 Shannon and her husband, Peter Coppola, built the Montauk Salt Cave in 2015 to help their son recover from his severe allergies. “We were looking for something besides medicines,” she said, sitting at the front desk where she checks in people at hourly intervals. “We checked out a salt cave in New Jersey, and it really helped our son…he was finally able to sleep through the night, and his cough went away after just two visits.”

The Coppolas, who live full-time in Montauk, enlisted the help of Dr. Margaret Smiechowski, who has built salt caves around the country, the Thomas Lavin Construction Company of Montauk, and Jose Carmona, an East Hampton carpenter, to build the Montauk Salt Cave. After visiting the family’s Cave regularly, their 8-year-old son is now unmedicated but still comes once a week because he is allergic to goldenrod, found in Montauk. 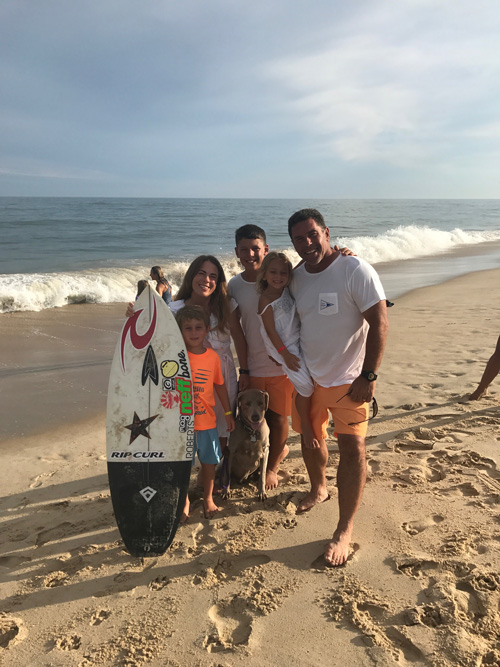 “Our mission is to help people here. I’m excited that it’s become a health and spiritual mecca,” Shannon said, “as evidenced by the fact that people come here from all over the New York Metro and Long Island area for treatments.”

Four of the women here today during my visit heard about the Montauk Salt Cave on Facebook and came out for a healing treatment. Suzanne Welch, 47, of Bellport, said she was on a quest to stop smoking so she wanted to clean out her lungs. “I loved the air…it was so much cleaner, and I have also started running,” she said. Her friend, Nicole Francis, 42, of Bellport, said she could breathe better and that her skin felt lighter afterwards. Jodie Frace, of Lake Ronkonkoma, said, “I have had sinus infections, and I was able to breathe much better in there.”

Shannon holds classes in the salt cave, including Restorative Yoga, Reiki and Singing Bowls. She even has an “Intro to Meditation and Reiki For Children” class. There is also a wonderful store in the front selling salt lamps and therapies, clothes, rocks and gems, soy candles, bags, totes, and handmade jewelry.

With the success of the Montauk Cave, Shannon and Peter have built two more: The Montauk Salt Cave West, at 169 New York Avenue in Huntington, and the Montauk Salt Cave Downtown, at 90 East 10th Street, between 3rd and 4th Avenues in Manhattan. Each will have two salt caves, one for adults and one for children. The Manhattan cave opens in September.

And why did she name them all after the “Montauk” Salt Cave? “I wanted to keep the Montauk vibe alive in all the caves…I even put up photographs of the Montauk Lighthouse, Ditch Plains surfers, and the old East Deck Motel in all of them,” she said.

For more information on all the salt caves, call the Montauk Salt Cave, at 552 West Lake Drive, Montauk, at 631-668-7258, or visit www.montauksaltcave.com, also on Facebook. Currently, visits are $40 per session, for 45 minutes, beginning at the top of each hour. 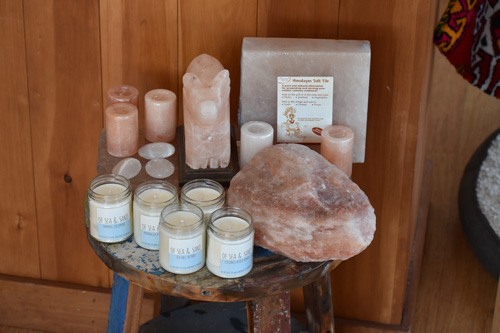