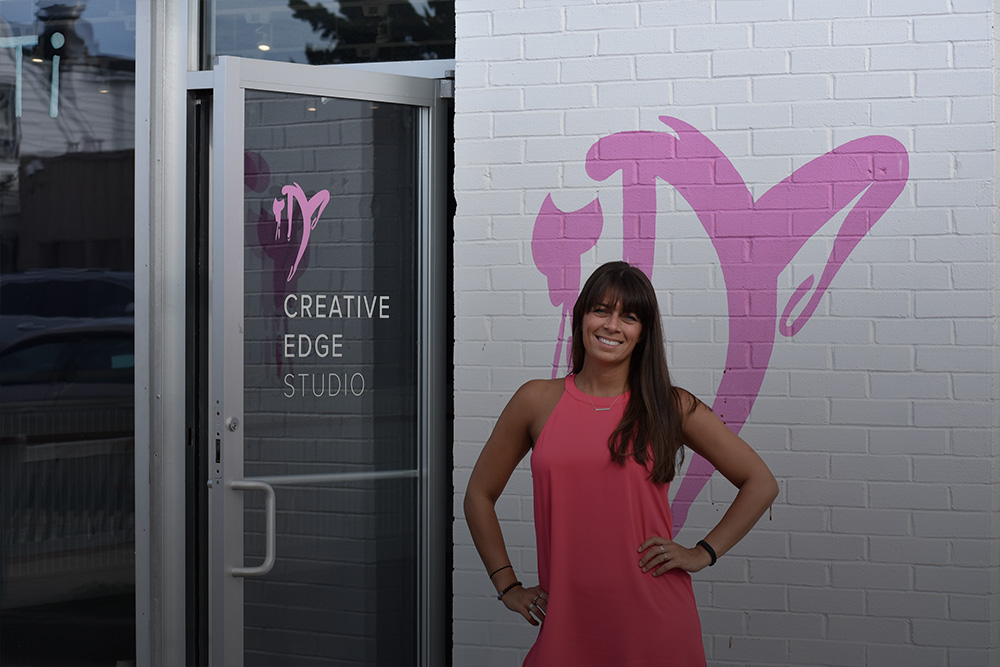 Laura Cisco left Queens as a kid and brought her love of dance to Montauk. Now she’s inspiring the next generation of dancers with passion and world class instruction. We’re lucky to have her.

At a young age, Montauker Laura Cisco couldn’t stop moving. “I remember standing in front of the glass oven door in my family’s kitchen, working on my dance moves. It was all I ever wanted to do,” she says. “When I was eight my family moved to Montauk from Queens. There weren’t any dance classes or studios then so my Mom would drive me back and forth to Queens just so I could follow my passion,” she recalled.

When Laura entered East Hampton High School, she immediately got involved with musical theater and began choreographing the performances. Later, as she began applying to colleges, Laura had one laser-focus scholastic pursuit: Dance. “I remember telling my friends, who were also in the frenzy of picking a college, that my major was going to be dance. They gave me a strange look, like ’what are you going to do with a degree in dance?’ I had no plan B!,” she laughed.

After being accepted to Adelphi University, Laura immersed herself dancing five days a week – ballet and modern – in the conservatory tradition. “It was exhausting, but for me it was heaven,” she recalled.

After graduating she became the Cultural Arts Coordinator at the YMCA in East Hampton, teaching dance. At one point, she auditioned for the Rockettes but ultimately decided to pursue her true calling: teaching. “Teaching children is a challenge,” she said. “Each child learns differently so I adjust the way I teach to find the best way to help them achieve their personal best. That is the most rewarding part of this career,” she explains.

As fate would have it, Laura eventually became the Musical Director at East Hampton High School, where she still stages one musical production per year, most recently In the Heights (2017) and Rent (2016). She also co-founded a non-profit organization, the East End Young Arts Initiative, which is geared toward musical theater and enhancing the arts in our community. “Each year through our non-profit, we award scholarships to graduating seniors at East Hampton High School and we bring in professionals to do workshops with the students,” she said.

In 2015, Laura took a personal plunge and opened Creative Edge Dance Studio on Main Street in Montauk. She teaches ages two and up. She is proud to be part of the Montauk business community and is grateful for the enthusiastic response from local students and their families. She encourages everyone to go after their dreams!