A respectable selection of a rather niche product is incongruously displayed behind the counter in Jimmy Martell’s quaint, nostalgic store on Main Street, which for decades has supplied Montauk with a broad range of traditional staples such as stationary, gifts, greeting cards, newspapers, beach chairs, umbrellas, maps, hiking books, candy, toys, games and nautical gifts. Enter cigars, and Cuban ones at that. 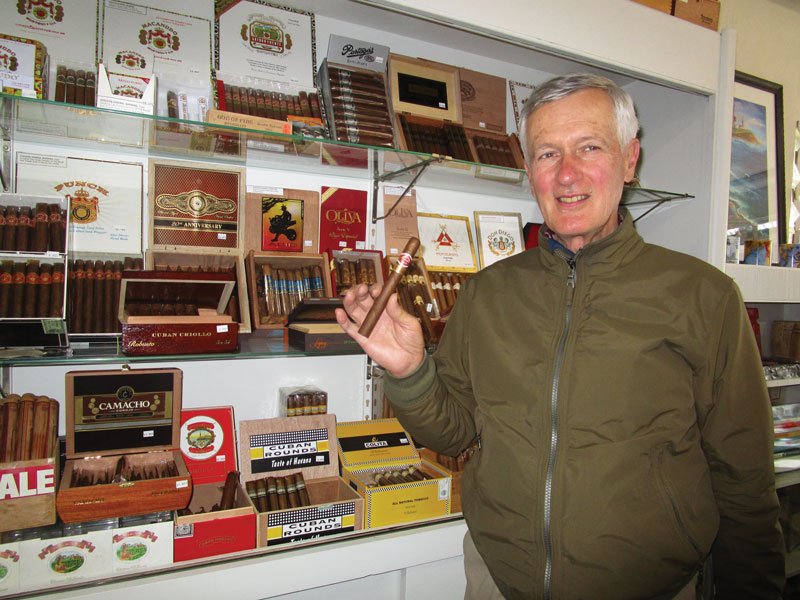 Martell’s eponymous proprietor Jimmy Martell sells an impressive array of cigars at his nostalgic, history-rich outpost on Main Street. It offers a little bit of everything, Photo courtesy of Carter Randolph Tyler

Outwardly a hodgepodge of necessities for tourists and locals alike, Martell’s Stationary and Gifts has been around for decades and remains a Montauk institution that is overlooked by many but deserves a visit from all. You’re likely to be underwhelmed walking in but will probably exit with a purchase. It’s a curiously compelling place in a quaint, almost surreal, way, and living Montauk history. 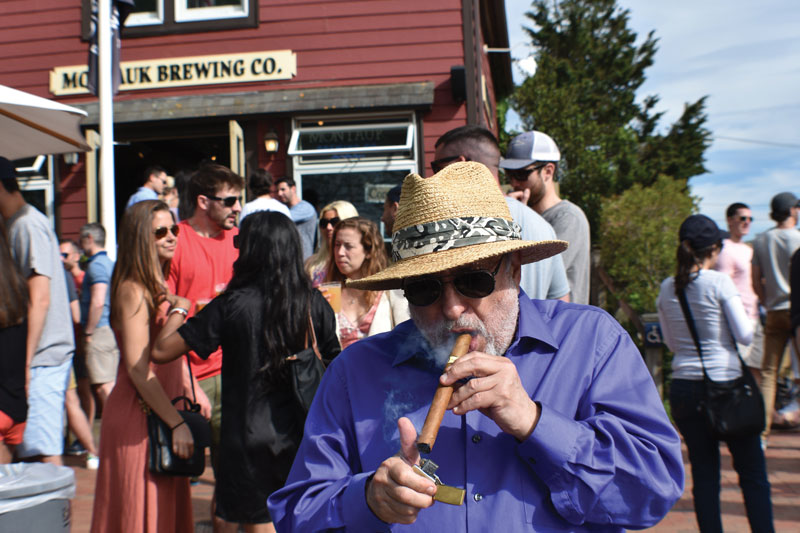 On Montauk, after talking with Jimmy, set out to find a cigar smoker. We did. Bill Sagal lights up in front of MBC, Photo courtesy of Carter Randolph Tyler

Owner Jim Martell, whose family started the first Martell’s out by the Montauk Lighthouse in 1929, said that back then, they carried only a few machine-made cigars to go with the victuals appropriate for the day.

“At this tiny convenience stand next to the former Wyandanee Inn my parents had a small selection of cigars along with all the souvenir and tourist items. But it grew over the years and we relocated our store a few times,” Jim chuckled. The old Wyandanee Inn was constructed in 1928. After the military pulled out of Camp Hero in the late 1960’s, the buildings were so dilapidated that the fire department burned them down, including the inn.

In 1946, Jim’s parents, Jenny and Jim Martell, Sr., moved their store to the first floor of the family’s gas station, which is adjacent to their current location at 809 Main Street, at the corner of Essex Street. For many years they lived over the gas station, near their store. An avid fisherman, Jim Sr. added lots of fishing equipment, including lures and plugs, to the store, which continued selling numerous Montauk souvenirs, gifts, papers, ice cream, candy and beach items.

“You will probably exit with a purchase”

In 1956, Martell’s moved to its current location and eventually doubled in size as business grew. Jim Jr. took the reins in 1976 after his father’s death and after years of expanding the store, decided in the 2000s to increase the size of the cigar selection and added, for good measure, his personal coin and rock collections…the latter gathered from hiking around Montauk. Many of Jim’s cigar selections are handmade, stacked on shelves, and climate controlled for temperature and humidity.

Boosting the cigar portfolio satisfies Jim’s own love of a good cigar now and then but also responds to a growth in popularity. “People have asked for them,” he said, walking over to the humidor behind his front counter. “The whole cigarette market is shrinking due to health concerns, but if people puff on a cigar now and then it seems to satisfy them with less guilt, and it’s also more relaxing.”

Jim says that to fully appreciate a cigar, it must be kept at a certain level of humidity to prevent the tobacco from drying out and the specimen from becoming brittle. He notes the importance of sealing the cigar in an air-tight bag if it is to be smoked later.

The cigar “department” at Martell’s offers a full selection of choices, from basic handmade cigars up to special aficionado specimens…and most recently, the Cubans. 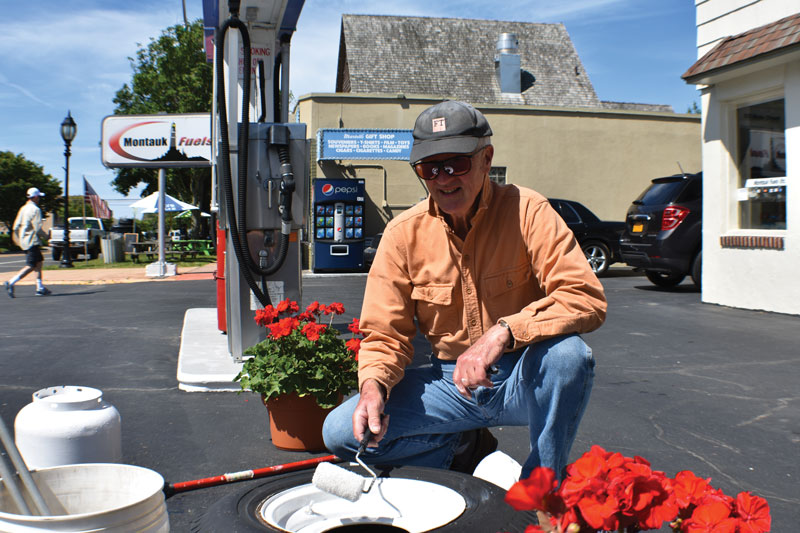 Jimmy Martell does spring maintenance at Montauk Fuels, which he also owns, next to Martell’s, Photo courtesy of Carter Randolph Tyler

“About six months ago I started working on getting Cuban cigars, and I’m still in the process,” he says. “The Cuban cigar market is growing and hopefully will expand further.”

When asked about the price range, Jim explains that house brand cigars, made in Nicaragua, range from $3.95 to $4.29. “But once you get into name brand cigars, there are all different prices ranges, from Cuban Round at $5.95 to Oliva Serie G (aged Cameroon from Nicaragua) at $11.49. Some of the top end cigars are Padron, at $16.50 up to the $20 range. Then there are specialty cigars that are high priced and suited to unique customers. “For example, a ‘God of Fire’ cigar, by Carlito, sells for $49.95,” he said.

Martell’s also sells “cigar box empties,” or empty cigar boxes, which are often decorative and used to store personal items, for $2.50 each. He even has cigar casks made into banks, where people can keep their change.

Jim says that most of his customers settle on a particular cigar once they hit upon one that really appeals. He said some customers prefer darker versus lighter tobacco, which has a bearing on the taste of the cigar. He said tobacconists usually have selections that comprise both darker or lighter tobacco in the same cigar configurations that customers have come to enjoy.

“People enjoy cigars for many of the same reasons that they enjoy wine,” said Jim. “The draw and taste of a cigar has a lot to do with regional soil conditions and weather, along with the different types of tobacco seeds used in the growing area. Also, the mix of tobacco leaves in the make-up of the cigar, along with how it is rolled and wrapped, makes for an always revealing experience.”

So next time you’re craving a cigar in Montauk (yes, we understand that is probably not why you are here), stop by Martell’s Stationary and Gift Store on Main Street, near their gas station, for a fix and a bit of Montauk nostalgia.

Jim notes: “The times may have changed but our name is still the same. We’ve been in business for many years and are one of the few places left where the person behind the counter shares a name with the store sign.”