The Montauk Airport, known as KMTP or MTP in aviation parlance, was constructed in 1957 to improve access to the hamlet by Perry Duryea Jr, who often piloted his own plane between Montauk and Albany while serving as a member of the New York State Assembly.

Today, the airport, which is out near the end of East Lake Drive, is used by recreational pilots, weekenders, beach day trippers, sport fishermen, golfers… and yes, a celebrity or two, who fly in to enjoy our beautiful hamlet in season. KMTP mainly serves the local community and its seasonal visitors, much like the small airports of Block Island, Martha’s Vineyard, Nantucket and Cape Cod.

Surrounded by more than 1,000 acres of county parkland with shrubbery, wetlands and dune is a 3,200-foot runway, a taxiway, six hangars, and a small terminal with two restrooms and two showers. The raw beauty there is stunning. Beach plums, blueberry bushes and cattails line the runway. Wildlife is abundant with deer, fox, and wild turkeys frequently seen meandering. Seagulls, too, often use the tarmac to open their meals. 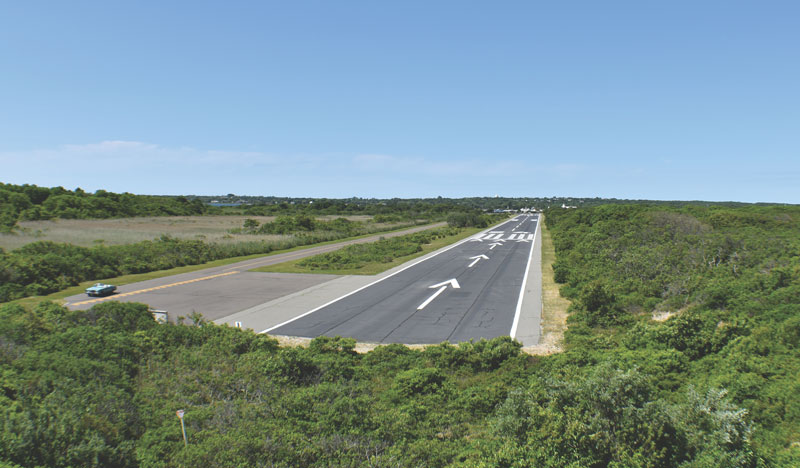 Gin Beach on Block Island Sound is at the northeast end of the runway. If you walk or drive out towards Shagwong Point along the beach (park at Gin Beach at the end of East Lake Drive, permit required) you may catch a closeup of a plane right overhead on approach to the airport. At the other side, along East Lake Drive, are a few excellent restaurants like Rick’s Crabby Cowboy Cafe, Dave’s Grill, and Inlet Seafood, plus several marinas on Lake Montauk. Helen Gil, the Airport Manager, says that Pilots from neighboring coastal communities often fly in for the day just to relax at Gin Beach with picnic lunches or hit the restaurants on East Lake Drive, and never make it into town.

Gil says that annually about 5,000 aircraft, mostly single- and twin-engine, take off and land at KMTP, which is the island’s easternmost airport. Fifteen planes are based at the facility, or tie down for the summer there. Most flights involve locally based aircraft with a mix of helicopters and twin-engine planes and seaplanes doing drop-ins for the summer season. Noise abatement procedures are strictly enforced, Gil says, adding that helicopter and other commercial flights are very cooperative with these rules. 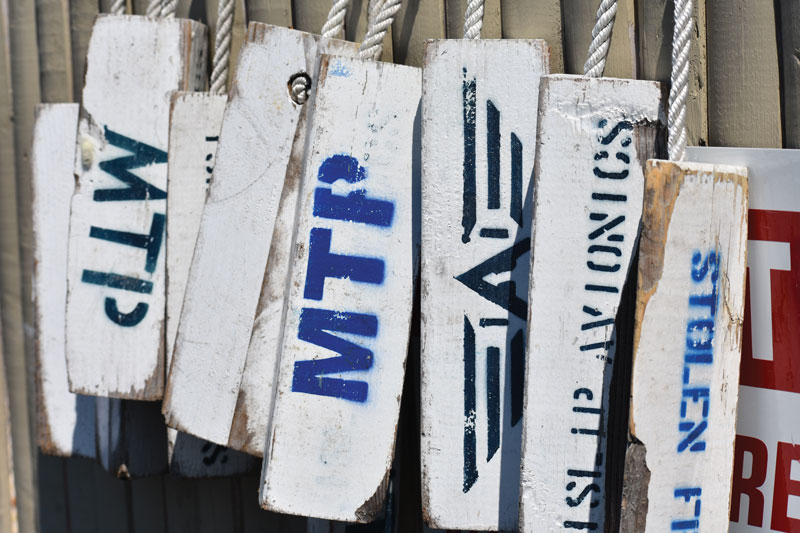 Gil notes that the airport is a crucial resource for the community. Should Montauk Highway ever flood along the Napeague stretch and isolate Montauk, for instance, KMTP could be used to bring in relief supplies and emergency personnel. Moreover, KMTP currently serves as a “reliever airport” for other smaller airports in case of emergencies.

Perry Duryea, Jr., who built the Montauk Airport in 1957, on his Twin Engine Piper Aztec in 1997, Photo courtesy of Chip Duryea 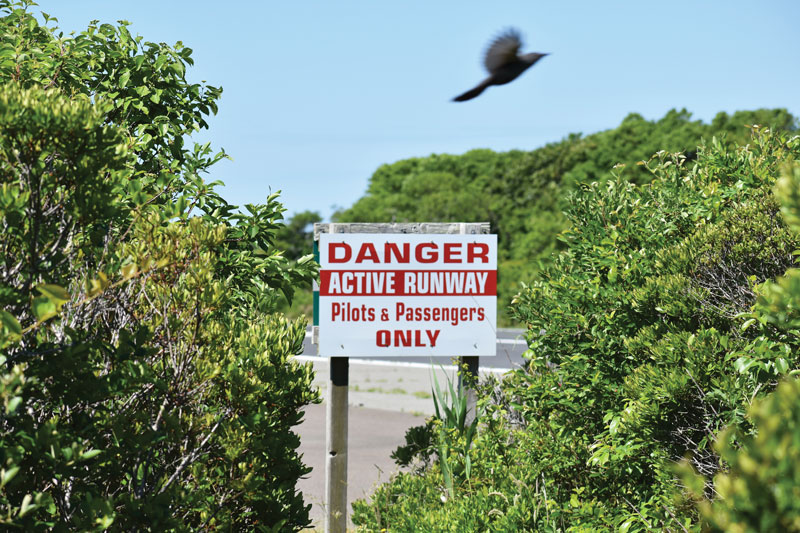 “Things are fine just the way they are and no expansion is planned,” Gil says when asked about the airport’s future. “Our management is happy to keep it small, and keep it real.”