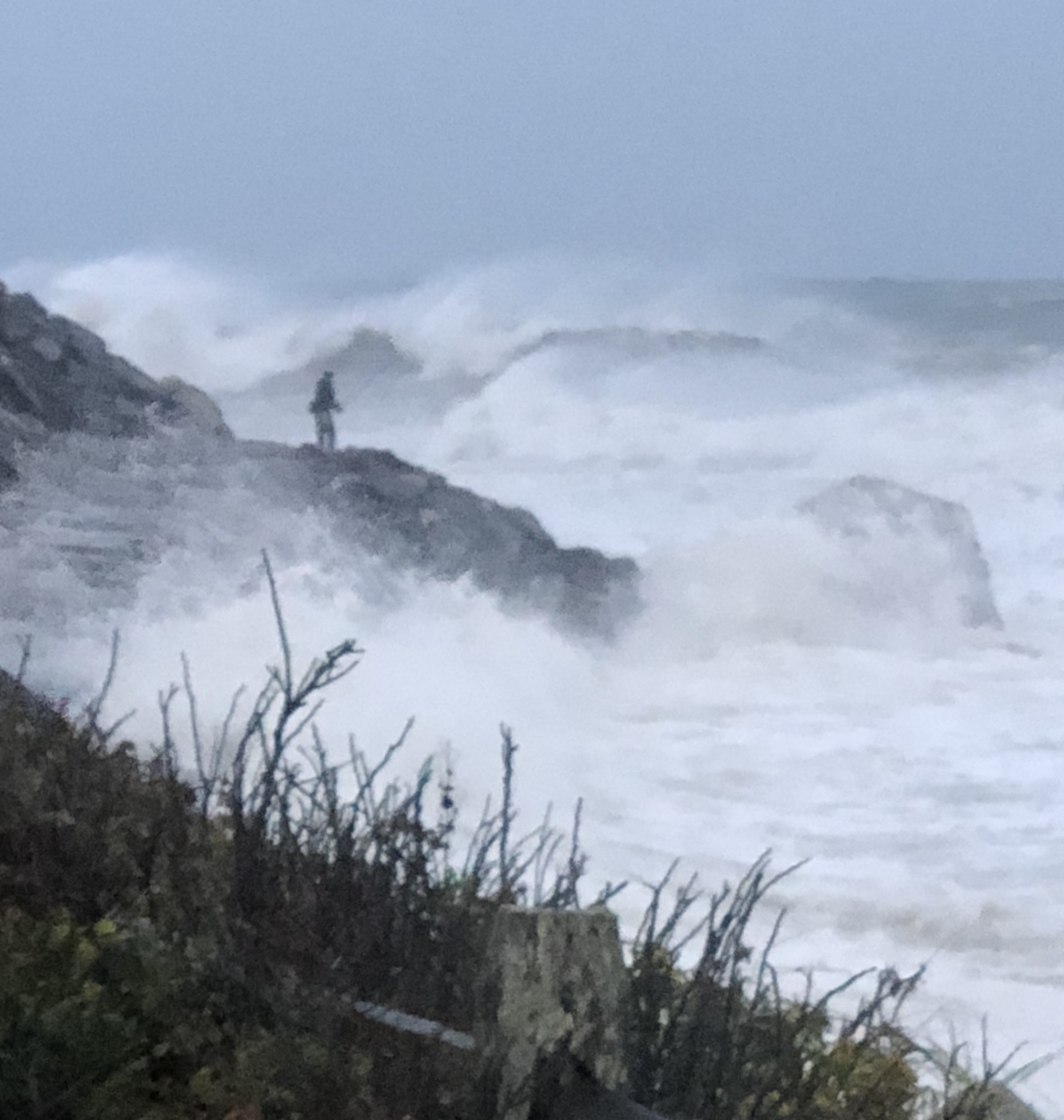 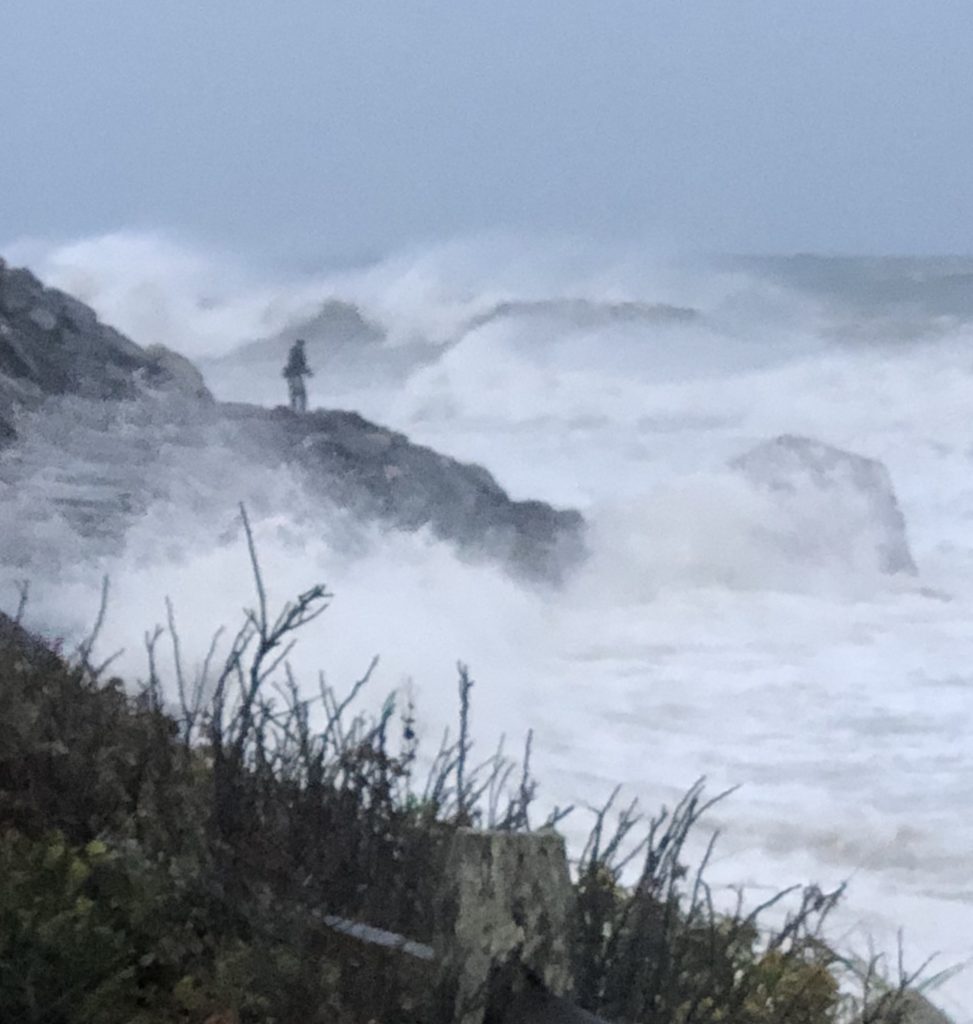 History to be Laid with a New LIGHTHOUSE REVETMENT

The Montauk Lighthouse, besieged by the relentlessly encroaching Atlantic, will soon receive a defense for the ages. Fingers crossed!

In over 30 years working as the erosion control expert for the Montauk Lighthouse, Greg Donohue has seen many changes. Over the years there have been numerous people, groups, and organizations involved in shoring up the bluffs and providing stabilizing boulders.

Fighting back the ocean has been a never-ending project, from Giorgina Reid’s first grass terracing project back in 1970 to the U.S. Army Corps of Engineers’ current revetment, which contains an exhilarating, if not somewhat treacherous, pedestrian and surfcasters walkway upon the boulders high above the pounding surf. But now, hopefully by the end of 2020, if plans go through as promised, this National Historic Landmark lighthouse will have one final revetment overhaul that will last for generations to come.

A whole new chapter called “The Hurricane and Storm Damage Reduction, Montauk Lighthouse Seawall Stabilization Project” is about to become a reality and will take about two years to complete. It will entail a total restructuring of the current rock revetment, or seawall, which was never engineered from bottom to top and doesn’t have a proper long-term foundation. It will also include two unique features — a new world-class fishing platform for surfcasters and a recreation area for tourists, photographers, bird watchers, and nature lovers.

Donohue said the project went out to bid in late 2019 and is now in the hands of contracting officers and the lawyers.
“It’s out to bid and right now, amid the Coronavirus, everyone is working from home, so it’s slowing everything down,” he explained. “It’s up to the U.S. Army Corps of Engineers to select the contractor and so far, they are looking at two of them.”
Donohue said that with good fortune, the project will start in 2020. “The good thing is that the funding is still available, and they are moving forward, but at their pace,” he said. “I’m encouraged — the plan is great — but when it starts there will have to be a lot of concentration and teamwork…and that’s what they do.”

The Montauk Historical Society, which maintains and oversees the Montauk Lighthouse, started a revetment project in 1991 and spent years petitioning the Federal Government for funding. Over the years they received some funding, but with the many storms and climate changes, more was needed. This new stabilization project will cost $25 million and be paid for by 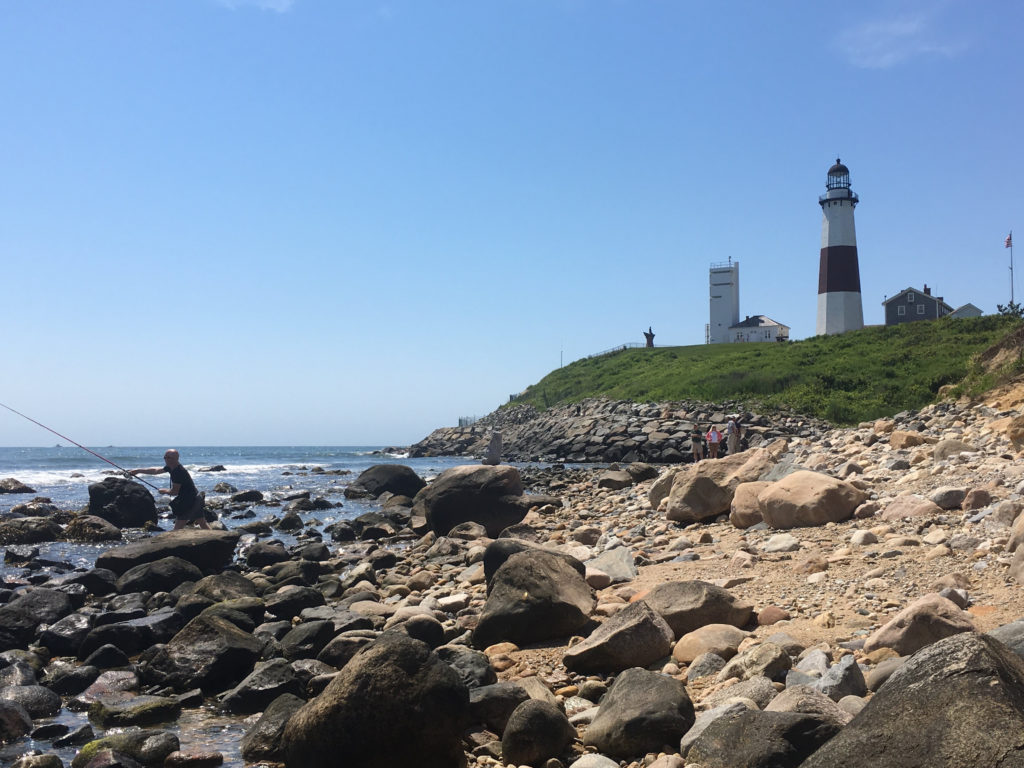 The current revetment platform is shared by fishermen and sightseers. North view.

Federal and State governments, the U.S. Army Corps of Engineers, and the New York State Department of Environmental Conservation, out of funds from Hurricane Sandy relief. The Montauk Historical Society will continue to maintain the lighthouse, which was commissioned by President George Washington in 1792 and built in 1796.

Donohue said that during the construction, surfcasters will have to stop fishing off the lighthouse for about two years, but at the end of this time, they will have a much safer and sturdier platform. He said that surfers, however, could continue to surf during the construction phase since they are out in the water, adding that they could also move further down the beach.

When told of the revetment overhaul plans, one long-time Montauk Lighthouse surfcaster, Greg Choron, of Montauk and Florida, said that he welcomes the idea. “It’s a big increase in safety that’s needed,” he said. “I’ve fished off the lighthouse boulders frequently and it’s really dangerous, especially on the edges where it becomes more slippery. If I catch a fish, I have to climb down the rocks to land it while enduring the incoming swells, which is really hazardous. This sounds like a much better situation and it’s a great fringe benefit to shoring up Montauk’s beloved lighthouse.” OM 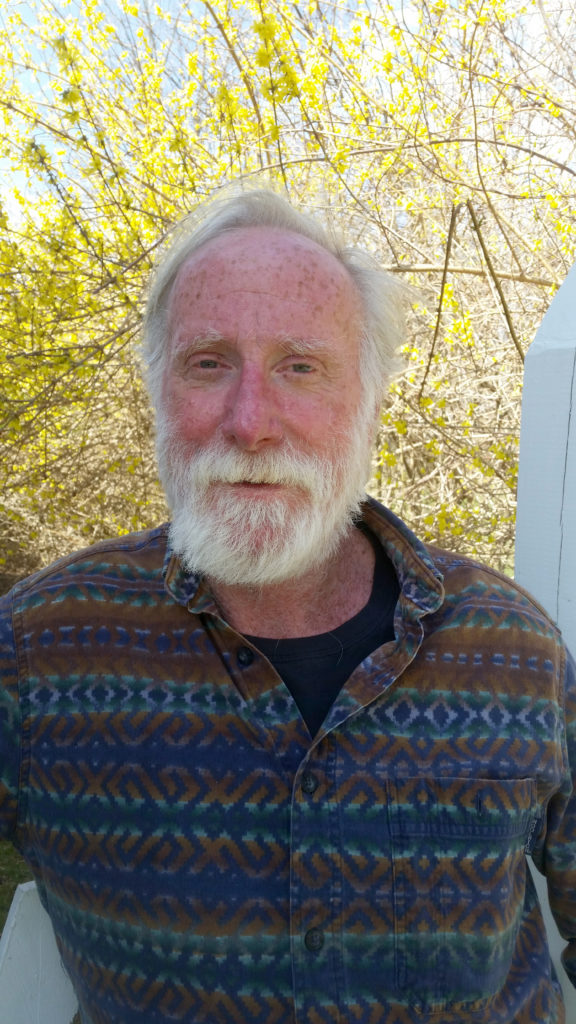 Greg Donahue gave Montauk the fisherman’s gangway under the light.