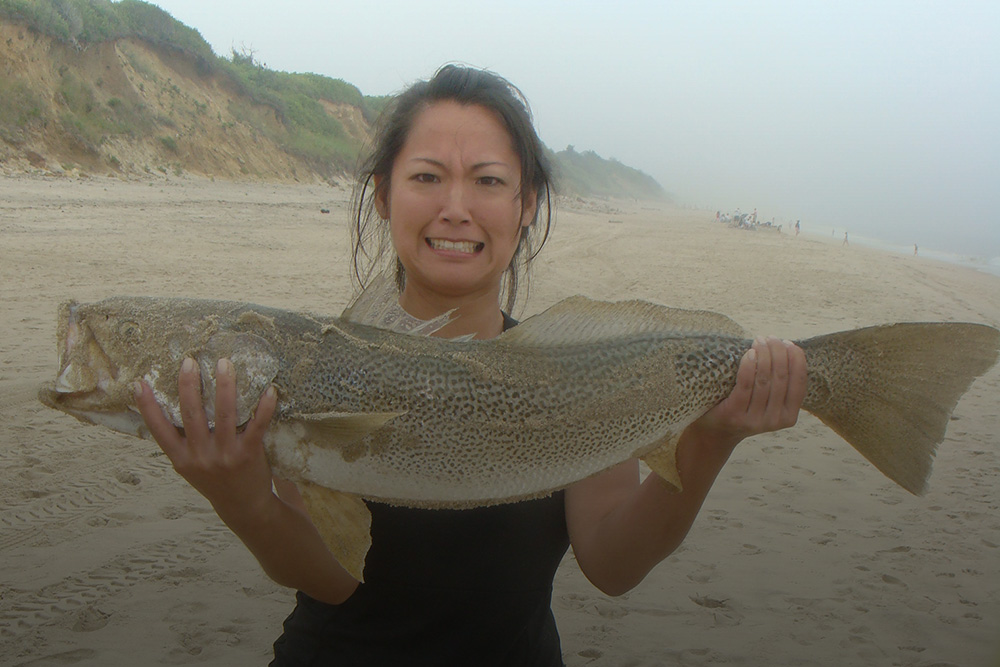 Here we go!! The excitement, rush, sleepless nights, missed work, exhausting disappointment, and raw exhilaration of fall fishing in Montauk is upon us. Bass in the rips, on the rocks, under the light…albies exploding bait everywhere, monster blues pushing bunker onto the beach, arms turned to jelly…you know the routine. Fall fishing… yet another reason to love it here at the End.

For you recreational anglers, both ocean-going and shore-bound, this addictive, ritualistic pursuit of nature’s bounty can be improved in myriad ways if you adopt the practice of crushing your barbs and clipping treble hooks into doubles, or replacing them altogether with singles. After all, barbed and trebled hooks are vestiges of ancient times when conservation was unknown and bringing fish home was not optional. Today, recreational angling is sport, pastime, addiction, and passion, not necessity, so eliminating those age-old hook elements born of raw need will deliver multiple benefits…with no downside. I’ve been doing this for years now and have become a much better angler for it, and virtually never lose fish, unless I want to. 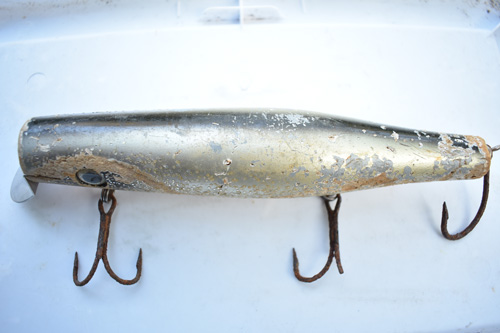 My favorite Gibbs Danny Surface Swimmer pulled in counless bass with this debarbed hook array, including one body treble cut to a single. It’s retired now.

Crushing and clipping down trebles (specifically, trebles should be replaced by singles for trailing hooks, cut to doubles when in the middle) compels you to keep your line tight the whole time during the retrieve, not just when the fish is running. Conscious of your newly barbless lure, you’ll realize that what you thought was a tight line is tight only when the fish is pulling against you. You’ll learn quickly to expect and anticipate those inevitable changes of direction and speed up your retrieve, sometimes dramatically, to keep the line tight. This gets the fish in much faster and naturally allows for much quicker release. Great stuff: more catches, cleaner releases, less exhausted fish, a better tactician. 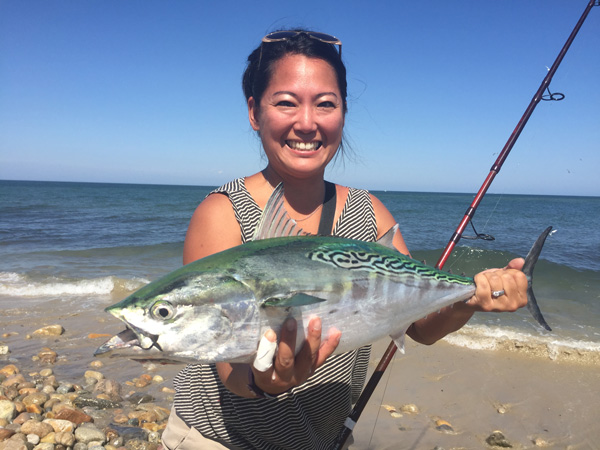 It gets better. Contrary to common belief, most fish don’t just slip off easily from a barbless lure, much less from a treble that’s been cut to a double… but you can let them off virtually any time, such as when you’re targeting bass but the blues keep hitting. Once you’ve hooked a fish you don’t want, just give it lots of slack for a few seconds so its panic subsides; it usually throws the hook now. If it doesn’t, retrieve a bit till the line tightens and it gets another panic attack, add in a few jerks followed by total slack. It’ll get off. If not, bring it into the wash or boatside tight and then let it roll in the waves or flop around near the surface with slack again. If it’s still on by this point (rare, in my experience) you’ll have to unhook it, which is effortless with no barb.

People frequently say, “tough luck” or “keep it tight” when they see me “lose” lots of fish. When I tell them I’m not losing them, but just letting them off because I don’t want to waste time with blues while targeting bass, they light up. Similarly, when I’m having fun with blues hitting every cast, I usually get them into the wash and let them go rather than get my hands into it. This way I can catch twice the number of fish as the next guy who must drag each one in and unhook it with pliers.

Let’s keep it real. Crushing barbs and cutting trebles down to doubles saves fish. Barbs, even in the hands of the most experienced angler, do bad damage to fish, and trebles…fuhgeddabouditt. Most fish we recreational anglers catch we don’t keep. Many of us don’t even eat fish. My family and I, it so happens, eat a lot of it, so fishing is both fun and a culinary delight. So, for me, every released fish is a potentially scrumptious meal down road. And since we have kids…it’s another thrilling catch for them one day, too.

Even if you don’t share my culinary and succession baggage, keep in mind that every mangled fish released with barb or treble damage is one less that will breed, chase bait, and explode on your lure…meaning one less you might catch one day.

A crushed barb of prevention is worth fifty pounds of cure. That is, you can’t reel in fifty-pound cows if your favorite darter is stuck in your palm. With no barb, simply back out that errant hook, wherever it’s stuck, and move on. If you thought dental insurance was a racket, you haven’t lived through the financial machinations and mental pain of an emergency room visit. Fear of that is probably what compels many to clumsily try taking hooks out on their own, only to end up at the hospital anyway. One common assertion is to simply keep pushing an errant hook through the skin rather than trying to back it out. OK, imagine trying that with a treble, or even double, hook.

So don’t wait until the inevitable happens, crush the barbs on every hook before you start using them.

Simple. Lineman’s, or side-cutting, plyers, can do it all. Most other pliers can crush the barbs but lineman pliers can also easily cut the third hook off the treble with the wire cutter edge. Make sure you get the hook well into the crotch of the cutter and angle it properly…there isn’t much room to do it wrong. It still takes elbow grease, but after a few you’ll get the hang of it.

Get out there. Fast lines.