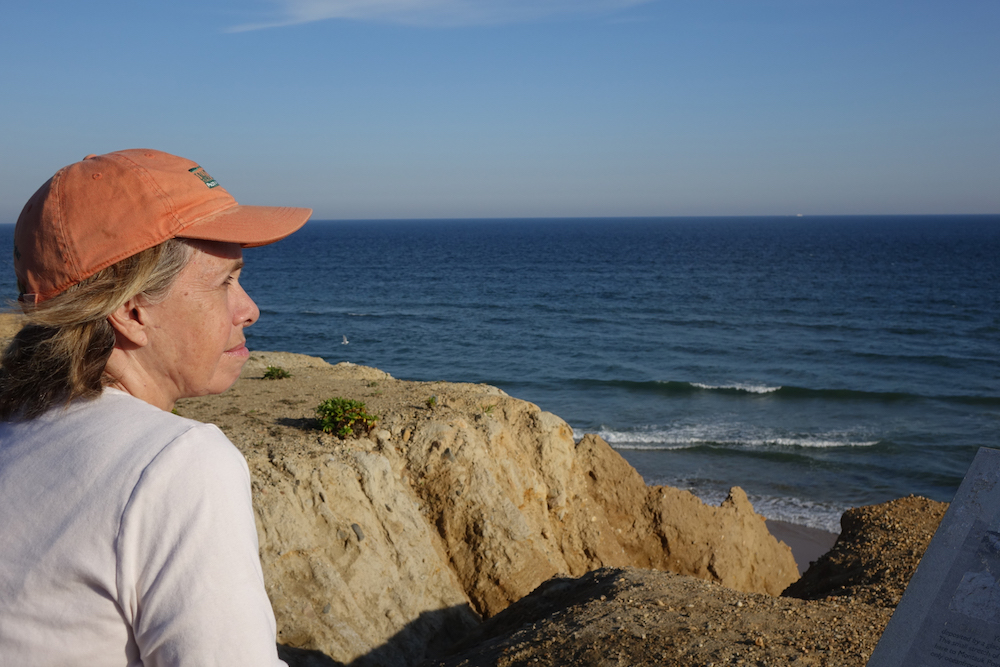 A Tribute to “On Montauk” Founder Carol Macdonald Nye

When people think of Carol, they see her big, contagious smile, her warm energy, and her enthusiasm for life and for Montauk. Carol was well-known as a long-time local and the former founder and publisher of this magazine, On Montauk, for 25 years. During that time, she also published the “Greenport Visitors Guide.” Carol sadly passed away on October 4, 2018 after a long battle with cancer at the age of 75.

Her husband of 32 years, Joe Nye, who worked alongside her in their home-based publishing business, said Carol “always had a deep love for Montauk.” She loved to walk the trails, cliffs, and beaches, to make beach plum jam, to do gardening, and to come up with ideas for her magazine.

“While working in New York City as a human resource executive manager in the advertising industry, Carol decided to buy a house on East Lake Drive,” said Joe. “She and I met in New York City and shortly afterwards we started dating, just in time for me to help her renovate the house.”

Joe, a graduate of New York University, formerly worked as a risk manager for an international engineering design company, where he handled their insurance requirements.

Carol and Joe came out weekends, got married at the Montauk Community Church, and had a daughter, Margaret (Meg). Carol and Meg moved to Montauk full-time in 2001 while Joe commuted back and forth. Meg Nye is now 31 and lives in East Hampton. Joe has a son, Kenneth Nye, from a former marriage.

They both worked on the magazine, Carol running the creative and editorial part and Joe selling advertising. They compiled the magazine by desktop publishing. 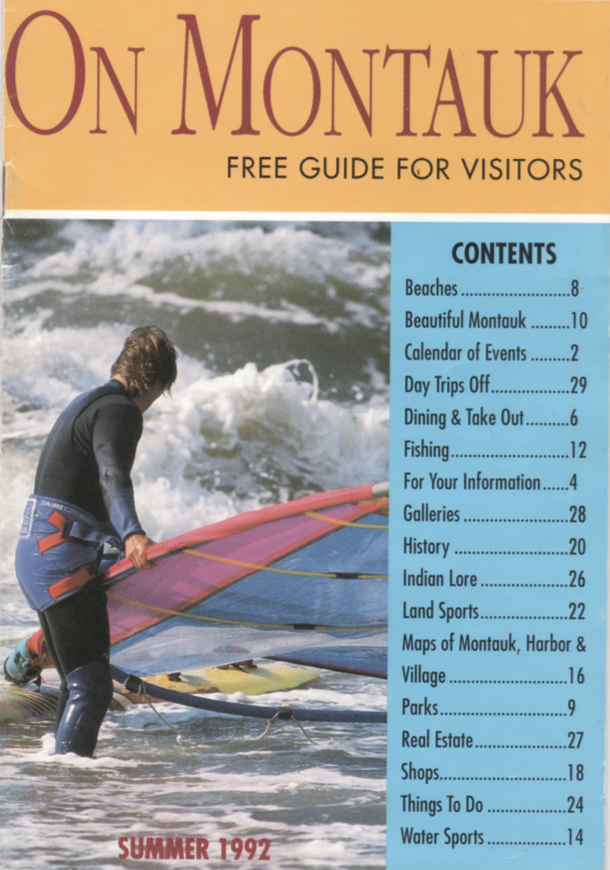 “Our target market was tourists, so we told them everything you could do in Montauk…it was an information guide to the area. In every issue we also had a serious story on Montauk…about an issue or a feature…Carol felt Montauk needed this, and no one was doing it. We learned by doing.”

For their first few issues, they did paste-up and layout and took it to the printer.

They hired people they knew to do the writing, layout, photos and everything else from the ground up.

Carol was born in Southampton Hospital, to Edna Sorensen, of Norwegian descent, and Malcolm Neil Macdonald, whose family hails from the Isle of Lewis in Scotland. She grew up in Montauk living with her family at the former Church Estate, where her step-father was a caretaker. This later became the estate and art studio of Andy Warhol. Since the estate had horses, Carol developed a passion for riding.

Like many college students growing up in Montauk, Carol worked summers at Gosman’s Restaurant where she became best friends with the late Suzanne Gosman, who was also later her neighbor when she and her family lived on Essex Street. The two shared many common interests, such as reading, gardening, cooking, and the creation of the Montauk library, where Suzanne was active on the board.

The new, third-year publishers of “On Montauk” and the Greenport Guide, Kay and Carter Tyler, wish to keep Carol Nye’s memory alive and carry on the informative and creative style of this local magazine, helping people to understand the uniqueness of our special hamlet. They publish editions in the Spring, Summer and Fall, available for free around the East End.