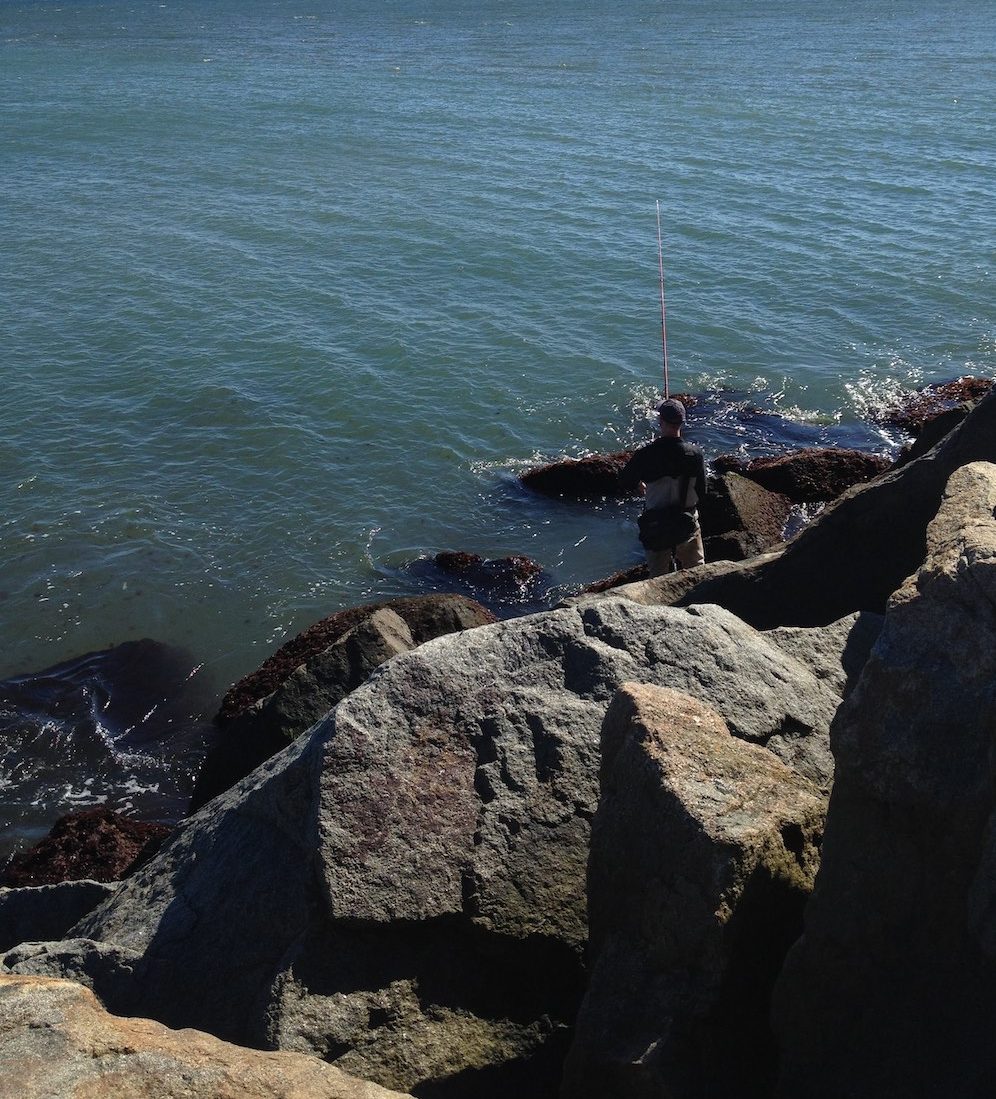 Greg Donohue, long-time erosion control expert at the Montauk Lighthouse, proudly holds up the plans for a final revetment stabilization project due to start in September 2019, after 30 years in the making. “Who would think that this project, which started with the work of a 4-foot, 10-inch textile designer named Giorgina Reid in 1970, would finally come to realization…beyond her wildest dreams?” he smiled.

Motivated by her passion for the lighthouse, Reid started with her terracing project entailing plant materials buffering the cliffs. But over the years, this was not sufficient against the strong winds and surf so eventually rocks and boulders were brought in by the U.S. Army Corps of Engineers. As time moved on, more and larger boulders arrived until now, a whole new chapter called “The Hurricane and Storm Damage Reduction, Montauk Lighthouse Seawall Stabilization Project” will take place in September and last about two years. 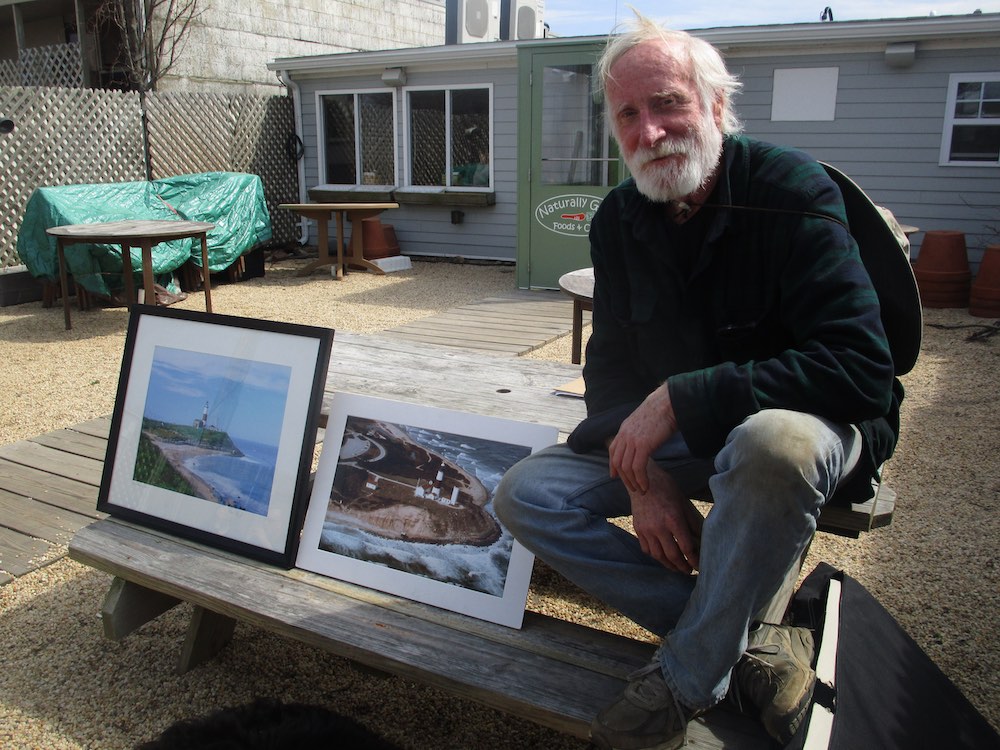 Sitting at a cafe in downtown Montauk, Donohue said the engineering plans have now been completed and explained that the project is a collaboration between the New York District U.S. Army Corps of Engineers, the New York State DEC, the Montauk Historical Society, and the New York State Parks Department. “This will be a restructuring of the current seawall, which was never engineered from bottom to top and doesn’t have a proper foundation,” said Donohue.

The Montauk Historical Society, which maintains and oversees the lighthouse, started with the original revetment project in 1991 and spent years petitioning the Federal Government for funding. Over the years they received some funding for rocks and boulders, but with all the storms and climate change more funding has been needed to further stabilize the foundation. With this new project, the existing seawall will be dismantled and the rocks will be used in the new seawall, which will have a different slope angle.  “Because of potential rising seas and the climate change threat, we are going to build the new seawall to an elevation of 35 feet above sea level,” said Donohue. “The current seawall is 25 feet.”

This will be a restructuring of the current seawall

Donohue said they realized this was necessary during Hurricane Sandy, when the lighthouse got hit with 30-foot waves. For this reason, they are also making the new seawall on a bigger scale, bringing in boulders from New England that will arrive in September. “The wall that exists now is 25,000 tons of rocks and the new one will be 63,900 tons,” he said. “Mother Nature would have to come in with a whale of a storm to do any damage—this should keep the lighthouse there for a hundred more years.”

In addition, there are two more exciting and much-needed additions to the seawall. For the convenience and protection of the surfcasters who fish off the lighthouse, there will be a new, world-class fishing platform that is 20 feet wide, with signage and fencing. In the beginning, there were plans for a 10-foot wide bench, but Donohue said he pushed for a wider bench to provide more access and safety. Prior to this idea, fishermen would stand high up on the slippery rocks and fish amid the pounding waves, and at times have the misfortune of falling…or possibly drowning. “But even though we are providing this enhanced fishing area, they still have to watch the waves and be careful when they are out there, especially in bad weather,” said Donohue.

Another addition to the seawall is a “recreation area” which is at an elevation of 21 feet above sea level and 20 feet wide, also with signage and fencing, for tourists, photographers, bird watchers, or people who just want to admire the scenery. As a state park, it is there for recreation.

The total cost of this new stabilization project is $25 million, paid for by the Federal and State governments, the U.S. Army Corps of Engineers, and the New York State DEC, out of money from Hurricane Sandy. The Montauk Historical Society will continue maintaining the erosion control project and the 224-year old lighthouse that was commissioned by President George Washington in 1792 and built in 1796.

There will be a new world-class fishing platform

Donohue said that during the construction phase starting in September, surfcasters will have to stop fishing off the lighthouse for two years, but at the end of this time, they will get their prize—a safe and sturdy fishing platform. “The surfers will be able to continue surfing during the construction phase, as they are out in the water, and they are also able to move further down the beach,” said Donohue. He said he can also use the new platforms when he does repairs.

He said one of the greatest things about this “coming together” of state, federal and local governments, as well as the community, is that “it’s a really incredible civilian and governmental alliance. To go from a little old lady planting grasses and trees, to having a 400-page engineering report with specs and plans–if there’s a cynic among us, here’s proof that something is working.”

Giorgina would be elated to see that her passion and hard work goes on, Donohue says. “She was the original pioneer who saved the lighthouse.”