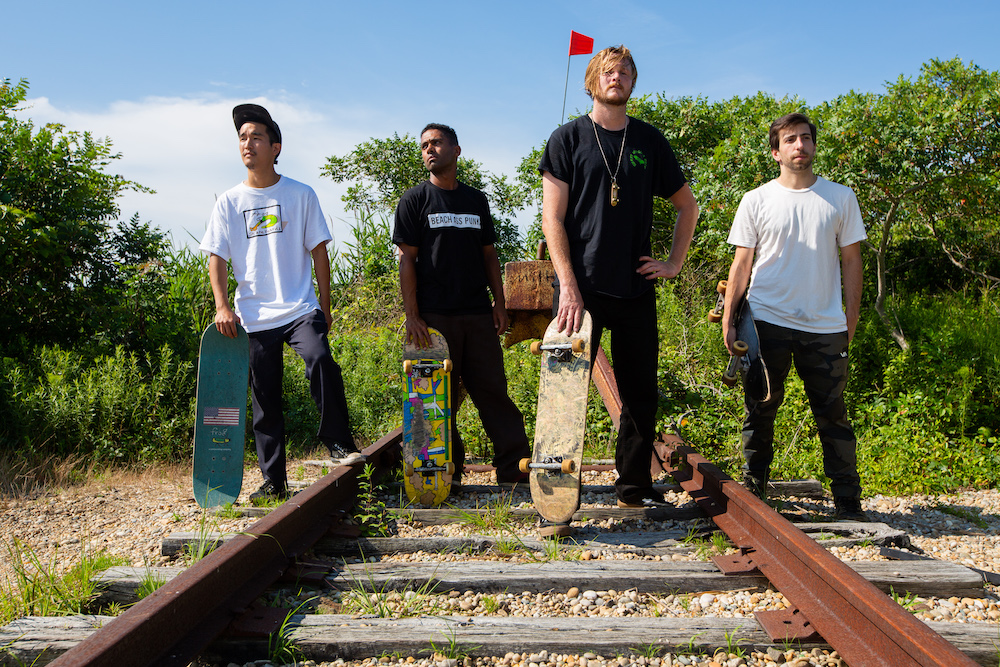 The Montauk Film Festival kicks off in 2019 themed with athleticism, sustainability, and conservation. The visionaries behind the event carry on our hamlet’s deep pioneering ethos. This is cinema with a purpose.

For well over a hundred years, Montauk has seen its share of visionaries come to town, fall in love with the place, and eventually settle in for the long haul. Maybe it started with the entrepreneur and real estate magnate Carl Fisher, who in the mid-1920s envisioned converting Montauk’s 10,000 acres of farm pasture and dunes into a thriving resort, dubbing it the “Miami Beach of the North.”  Or possibly with the legions of fishermen and women — names like Tuma, Darenberg, Gosman, Duryea, Uihlein,  Mundus, and Forsberg to name just a handful — who saw the upside far outweigh the risks when establishing their fishing-related enterprises.

Then it should come as no surprise (mind you, in less than a year’s time to prepare) that a talented crew of motivated individuals, led by founder Jason Ferrante, might go “maverick” on us by launching the 1st Annual Montauk Film Festival (MFF) this summer, despite the fact that the only movie theatre in town closed its doors some 5 years ago after nearly a four decades-long run. Minor detail, right?

Ferrante’s team has secured three screening sites for the festival that runs from Thursday, July 25th through Sunday, the 28th.  As one who grew up in a small town with a drive-in movie theatre 30 miles north of Manhattan, I love that there will be screenings under the stars taking place nightly at Third House, located on the grounds of Theodore Roosevelt County Park. Additionally, both the Montauk Library and Montauk Public School will host daytime screenings.

What will truly distinguish this festival from more traditional cinematic competitions is its primary purpose: “To inspire awareness about our environment through themes of athleticism, sustainability, and conservation,” as its website states.  Furthermore, Ferrante posits the following proposition: “What if the MFF could be a way to change fixed minds that don’t see a problem, don’t believe in the problem, or don’t know what they can do to make a difference? What if we could inspire filmmakers to make films incorporating themes about conservation into their plots and award and promote others that are already doing so?”

The roster of films will include both shorts and full-length features, broken down into 4 major categories: Environmental, Social/Cultural Documentary, U.S. Dramatic, and Surf & Skate. Prizes of $250 and $500 will be awarded to the best short and feature, respectively, for each of the groupings.

In a recent conversation I had with Jason’s sister, Amy Ferrante-Martin, Head of Marketing & Partnerships for the registered 501c3 non-profit, it was quite evident the role that Mother Nature would need to play in each of the entries submitted for acceptance into the festival. “Montauk,” she stated, “has been such a vital part of our family’s life for decades. Jason is incredibly passionate about bringing attention to the way we treat our surroundings and what better way to do that than through film.”

A prime example of this can be seen in the work created by videographer and Montauk resident, Bartholomew Schwarz. Many of his films over the years fall under the category of “shorts,” running in the range of 1-15 minutes, some of which he’s paired beautifully with tunes from local musicians. The way Schwarz captures the symbiotic relationship between his subjects and the environment is truly mesmerizing.

In addition to the festival in July, the MFF has set some ambitious goals for the year ahead by offering classes and film labs at Third House for those interested in direction, script writing, film production and fundraising.

If you wish to submit a film, purchase tickets for screenings, or seek more detailed information, check montaukfilmfestival.org.